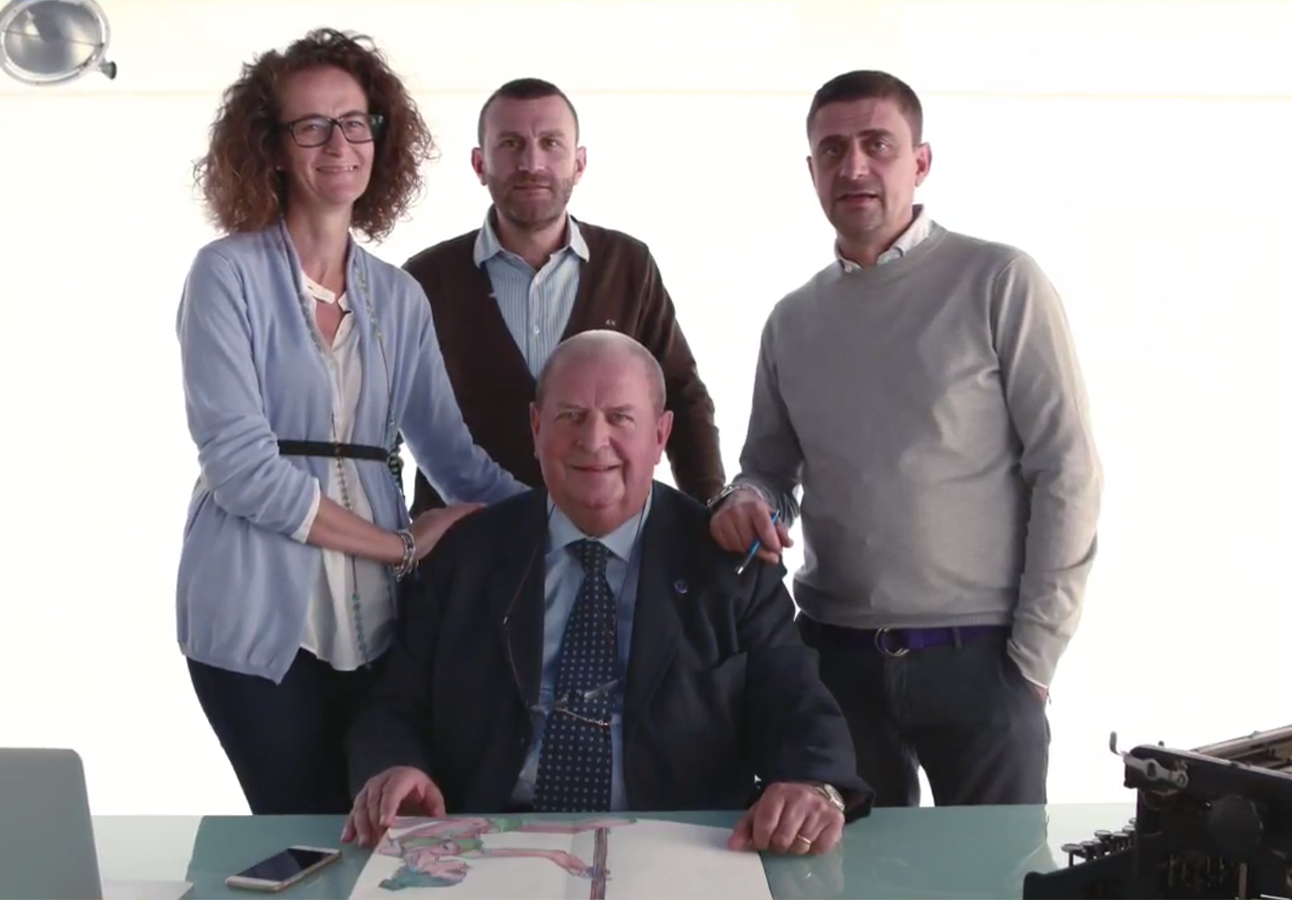 THE MANIFESTO – EVOLUTION BY MARCO GORAN ROMANO FOR GUSTO ROBUS 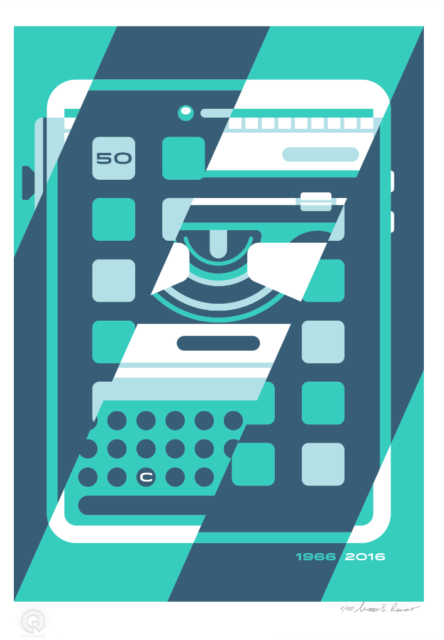 It is a vector art illustration printed in limited edition with Pantone colors that have distinguished the history of our company since its origins Olivetti. We chose a manifesto precisely because it represented the key form of communication at the dawn of Olivetti’s design, when Valentino Cuman took his first steps in the design world. We asked Marco Goran Romano to include key elements such as typewriter, tablet, concept of icon, letter “C”, fiftieth, dates 1966/2016, territoriality -the bridge of Bassano- , and time. In our opinion, our values in this graphic are masterfully represented and we are particularly proud of it.

Founded as Olivetti dealer by the will of Mr. Valentino Cuman, decorated with Olivetti’s “Spilla d’Oro”, in recent years the company has been renewed embracing the philosophy of CSR (Corporate Social Responsibility) and joining a network of IT companies and risk-management so much to offer the latest technologies the design of custom interiors enhancin the Made in Italy also abroad.

STL for its anniversary has proved to want to renew the concept of office focusing on innovation while preserving the founding values. He did so by sharing the mission of Gusto Robusto, a project that promotes vector art and commissioning the creation of a Manifesto, an emblematic advertising communication tool of the ’60s, but which has been digitally designed and printed with the care that distinguishes works of art. Just like those on show, along with typewriters and the first computers, in the experience of last year promoted by STL entitled “Adriano Olivetti an example of social innovation” ((in the photo Beniamino De Liguori, President of Archivio Olivetti, and Lucia Cuman). 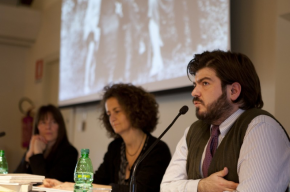 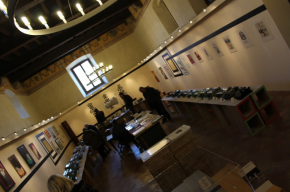 The designated illustrator is Marco Goran Romano, young and awarded Italian graphic designer. For this celebrative manifesto, Goran has represented, according to the style that distinguishes him in the world, the transition from analogue to digital in the office: and so Letter 22 and Tablet overlap perfectly. The colors recall, in a vintage key, the Olivetto green and the current blue STL. The poster was printed on cotton paper with Pantone colors in a limited edition of 300 signed, numbered and stamped copies in the original Gusto Robusto brand. The guarantee that accompanies it is part of the project to promote this form of digital art, the vector in fact, which includes exhibitions, publications and participation in competitions.

Goran was completely free to represent his vision through the use of vector technique. The design was in fact made directly in computer graphics with Illustrator.

IThe collector’s poster will be presented on the occasion of the Milan Fuorisalone during a Gala evening in which a delegation of Brazilian architects and the Brazilian consul will participate. It will then be honored during the year. Employees and family members will be protagonists, on 2 April, of a day of celebration: a cultural output at the Muse, the Trento scientific museum and at the Castel Noarna in Rovereto.

Lucia Cuman (co-owner with the brothers Marco and Paolo of STL Design & Tecnologia) explains that “In the journey of life there are important stages in which we are allowed to stop for a moment to reflect and verify that the direction taken is correct. We also look around to catch a glance of agreement with the traveling companions and, more determined than before, we start again. I think the company’s 50th anniversary is an important milestone in this journey. What a better opportunity to thank collaborators, customers and suppliers. “

Marco Goran Romano is a young and award-winning Italian illustrator.
He currently works in his studio located in Jesi, a small city in the heart of Italy, where he co-founded a typography study called Sunday Büro with his wife and business partner Valentina “Alga” Casali. Previously, Goran worked as an illustrator living in Wired Italy, side by side with David Moretti.
He has received awards from most of the major design and illustration publications, including Communication Arts, Creative Quarterly and Print’s New Visual Artist. Goran began his career as a graphic designer (and then as artistic director) at Gold Streetwear, in Florence. In the same city, in 2010, he graduated in Industrial Design at ISIA, Istituto Superiore per le Industrie Artistiche.

Gusto Robusto is a self-publishing project that promotes vector art through limited edition prints of works designed exclusively by the best illustrators of this technique. It counts 25 works in limited edition made by 20 of the best illustrators in the world able to express themselves through this technique. The works have already been the subject of an exhibition in the Treviso Comic Book Festival 2015 at Ca ‘dei Ricchi and many of these have already received international awards and have been included in prestigious publications.